On February 10, 2021, the Governor released his proposed budget for the FY22 & FY23 biennium, which begins on July 1. The budget shows a commitment to funding higher education generally, which is important to the vitality of our state and communities.   The below chart details UConn and UConn Health’s budget requests compared to the Governor’s proposed budget. 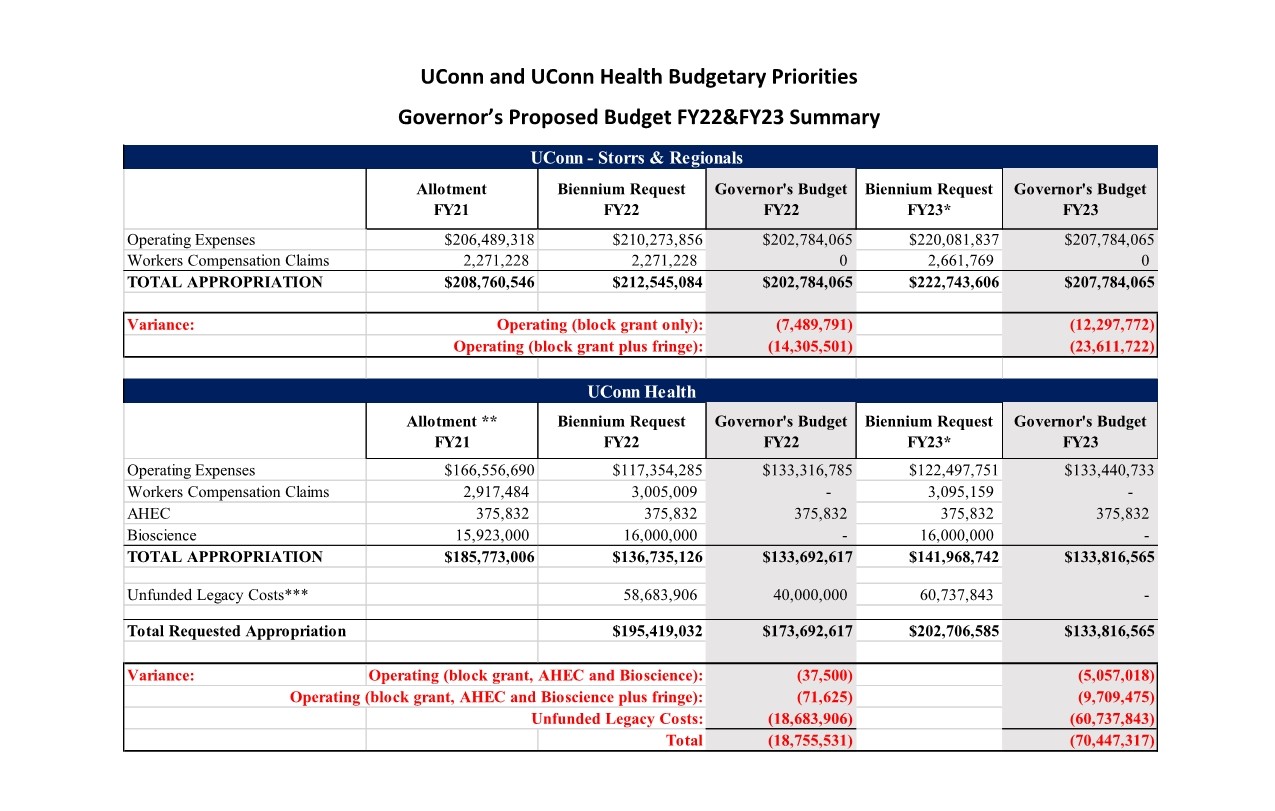 *FY23 Biennium Requests for both UConn and UCH include funding for the 27th payroll and workers compensation. UConn’s request also includes funding for operations and maintenance of new buildings.

***Governor’s budget referred to as temporary operating support. Original Request was $62.8M and $65M. The above amounts have been updated to best estimates at this time. Amounts could materially change when the actual rates are published by the Comptroller.

No funding is provided for the state’s unfunded legacy costs.

Both fiscal years see the annualization of $77,000 in hold backs from previous years.  $797,595 is added in both fiscal years for FY 21 Collective Bargaining Increases (CBI’s).  As requested, The Bioscience budget line item will no longer be its own line item, instead it will be moved into the Operating Expenses line item.  Workers’ Compensation funding is zeroed out and will now be centralized at DAS.

The State’s unfunded legacy costs are addressed in a similar manner as it was handled in FY20.  In FY 22 we will receive a portion of the unfunded legacy costs in the amount of $40,000,000.  This will be its own line item (the budget proposal refers to this as operating support).  In FY 23, no additional funds are provided, allowing for continued discussions on long term sustainability and exploration of a public private partnership.  UConn Health's unfunded legacy costs for FY 22 are $58.7 million and for FY 23 $60.7 million.

Click here to see the presentation made to the Board of Trustees on September 30, 2020.